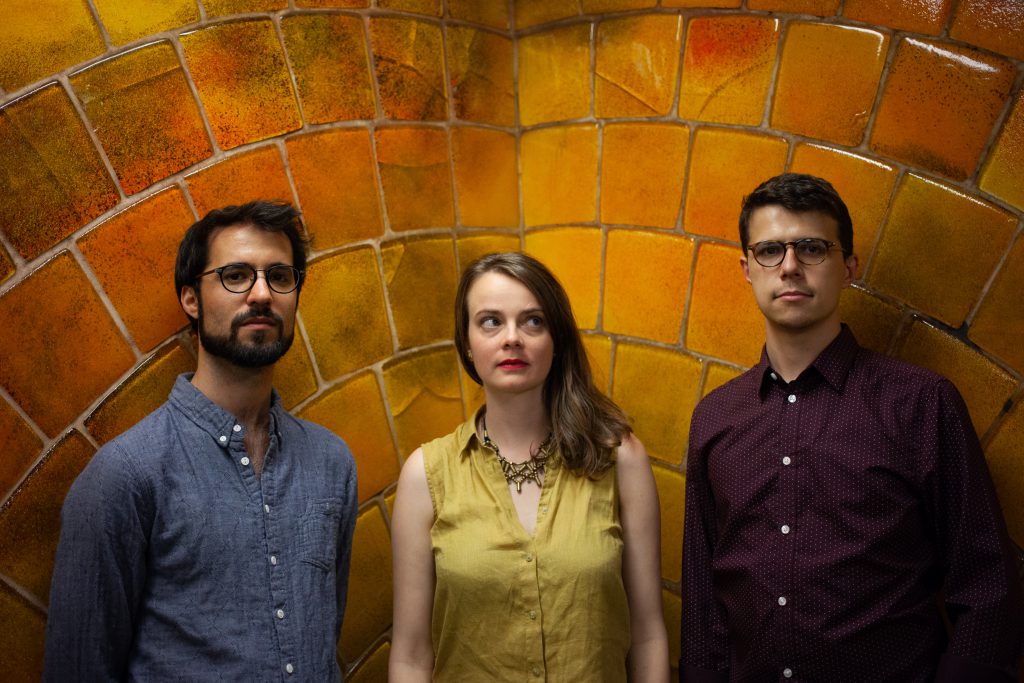 There is nothing better than things whose existence is unsure: dark matter, time travel, the yeti and multiple realities.
Lisa Hoppe’s Third Reality creates the wondrous soundtrack to a universe of unlikely events, using explorational chamber music to roam through untraveled pathways, streams and spheres.

The trio celebrates music of soothing obscurity that wanders from mystical soundscapes to dazzling guitar riffs to twelve-tone counterpoint. Some of the topics they touch are: the sweet surrender of mankind when machines take over the world, the pope’s procrastination habits, the phantasies of an Egyptian dentist, the challenge of reaching your mum on the phone when in outer space and the premonition of eternity while riding a cross-country bus.

The set is composed of short episodes with many of the pieces being only several minutes long. Eventually these short stories add up to a bigger picture and result into a narrative that speaks about many things at once – and mostly about the incoherence of each’s personal universe.

Worshipping the detail and completely committing to the very moment, bassist and composer Lisa Hoppe and her companions David Leon (saxophone) and Tal Yahalom (guitar) unfold a powerful, vibrant space between contemporary jazz and free improvisation. 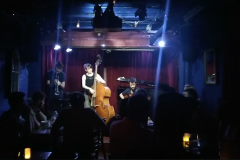 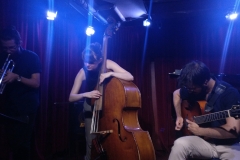 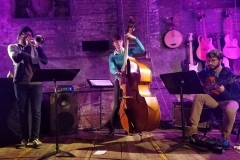 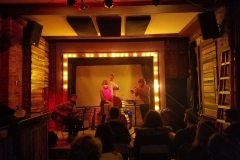